For all the superheroes with flashy uniforms, tricked out rides, and flamboyant friends, there are many more who walk among us every day, unnoticed.  This panel will feature some of these everyday heroes – Detective Monica Meeks, pediatrician Dina Gottesman, veteran Dave Doane, and teacher David Sharp.  We’ll explore their evolution and learn what makes individuals heroic in the process. 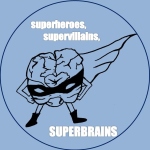 Join Garth Graham, artist behind the new superhero webcomic “StarPower,” as he walks us through the entire artistic process without ever picking up a pencil or booting up a scanner. Completely within the digital realm of Adobe Photoshop, he’ll show us how easy it is to draw, ink, and color artwork. Come learn how easy it is to trade in your White-Out for Ctrl+Z. 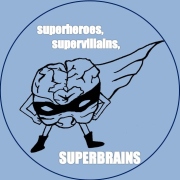 We have three Encore offerings at this RG!

Saturday 10 AM:  This is an Encore Presentation with Dave Aronson

No, not a rerun, but a presentation about Encore, a musical game that is making a resurgence in Mensa.  Dave, member of multiple AG champion Encore teams, will teach you how to play Encore in various styles, for an informal “social activity,” through “normal game and Mensan game,” to very formal “tournament,” along with strategy.

Yes, it’s that game again!  You’ve been taught about various styles, so now we get to try them.  We’ll start with a brief informal session, then move on to “normal game,” “Mensan game,” and finally, “tournament.”  Please sign up for a team on the sheet in the game room.

No need to be super-musical, a decent memory for song lyrics is the only special talent you’ll need.  Sing “or coach your team to sing” eight lyrics of a song which includes the key word and power harmonize your path to truth, justice, and the American way.

This presentation will provide a background in jewelry terminology, myths and misconceptions about gems and jewelry, scams, and tips for buying jewelry.  Attendees will leave with a better understanding of the gem and jewelry industry and more confidence when purchasing gems and jewelry.  At the end of the talk lecture notes will be distributed.

Joseph Haber is a gemologist and he also sells gems, jewelry and crystals from his business, “Middle Earth Treasures.”  Joe has been intimately involved in the gem and jewelry industry for over thirty years, and has also taught and assisted in several classes in gem identification.

You never know what you will find at a silent auction. Items of incalculable value as well as calculable value were solicited – we don’t know WHAT treasures will be available, but some very special and unique items have already been donated. Bid sheets will be provided – the highest bidder on each item at the close of the auction will win that item. Come – look – bid. Be part of the excitement and cheer on your favorite Mensan in the event of a bidding war. All proceeds will go to the scholarship fund, to provide scholarships for MWM students.

An eclectic mix of professional/amateur tarot card readers.  Have a question about your future? want to know about that new love in Your life? Curious about the direction of that new business plan? Come ask your questions to our experienced tarot card readers and see what the future holds for you! Feel free to tip your professional readers generously!

Are SuperHeroes or SuperVillains in your future?

What magnificent feats will your SuperBrain achieve?

Find out all this and more from a SuperPsychic!

A SuperPsychic is coming to the Metropolitan Washington Mensa Regional Gathering! Enjoy fun Tarot Readings from Sweet Treat Party and other readers. 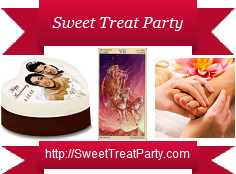 Sweet Treat Party is an event business providing party favors, pampering & entertainment services for you and your guests to relax, have fun, feel pampered and blissful. To find out more or book us for your next event go to our website  or email us at info@SweetTreatParty.com.

Meet Ryan Davidson: attorney, comics aficionado, superhero fan, and this year’s Regional Gathering keynote speaker! Ryan’s talk will be called This Is Not the Worst Thing You’ve Caught Me Doing: Iron Man, Comics, and the Law. Serious about your Iron Man lore? You’ll definitely want to catch the film that just came out because there will be a few spoilers!

We asked Ryan to chat with us – about comics, the law, his fabulous book, and his outrageously popular blog.

Which came first: comics or the law?

I did not grow up reading comics, unlike my coauthor.  But I have always been enough of a geek to be aware of them and the major storylines.  I first started getting into graphic novels after college, before law school, and really got into them during my 2L year.  So the answer is contemporaneously. I was a practicing attorney before I got involved with my coauthor, James, and we started the blog.

How would you describe your blog or your book?

How did your work get started?

The idea for the blog was my co-author’s.  James was having dinner with his wife and some friends, when one suggested James might write a blog about comic books and the law.  So he thought, “OK, I’ll give it a shot.”  He thought it might last two or three months and then he’d get bored with it and move on.  James and I are both members of MetaFilter and had come across each other before because we’re both attorneys.  James posted a link to the blog, which had two or three posts at that point, on the Projects section of MetaFilter.  I got the link almost right away and was the first person to comment on the posts.  I said, “This looks awesome, do you want to collaborate?” and he said, “Sure!”   I formally joined the blog on the same day that James launched it publicly.

Did you know James in real life too?

We met for the first time in May of 2011 after we had retained an agent and signed a contract for the book.  We have since met several times, but we were writing together for almost six months before that happened.

What’s the best law and the multiverse question you’ve received?

There have been so many, I’m going to have to answer indirectly.  I would say there are really two types of posts we do.  The first type is to come up with a particular legal issue and write about that using comics as examples.  The other thing we do is set out to read a particular work, and talk about whatever issues come up in that work.  It’s hard to tease out which issues are the most fun to write about, the stories that are the most fun to engage with.

In terms of issues, I’ve always been a legal history fan.  I did a post on the common law sentence of outlawery, which was a lot of fun.  As for stories, probably a four post series on Marvel’s Civil War Event.  It was really interesting to get involved in and there was so much going on there.

Who is your partner in crime/ co-creator?

James has a master’s in computer science and a law degree.  He is licensed to practice in front of the US Patent and Trade office.  He does a lot of Intellectual Property (IP) stuff.  Right now he works for the Stanford University Hoover Institution’s Project on Commercializing Innovation.

What kind of law do you actually practice?

I’ve done work in insurance, both in-house and litigation.  At the moment I’m self-employed, and moving to get closer to family because we’re expecting our first child, so I’m kind of between employers at the moment.

Have you ever met any of the comic book creators?

Yes.  We have met several of the authors at various conventions.  We have an interview with Mark Waid, who is a writer for Daredevil.  We met him at both NY Comicon and at WonderCon.  We also met Dan Slott.  He has written for both She-Hulk and Spider-Man. There are also a number of more independent creators that we’ve interacted with over the past few years, including the husband-wife team that writes The Uniques.

Who is your favorite superhero?

I’m partial to Iron Man.  I like his style and the fact that his superpowers are mostly technological.

Is there a particular law and the multiverse topic that you think Mensans would like?

Want more? You’ll be able to buy Ryan’s book at the RG as well. Thanks, Ryan – we’ll see you soon!

Washington is commonly regarded as a city whose physical character reflects the triumph of order and dignity over vitality and individual expression.  In writing the fourth and fifth editions of the AIA Guide to the Architecture of Washington, D.C., however, Martin Moeller realized that the city’s architectural history is much richer, quirkier, and more varied than most people believe.  In this lecture, he will discuss some of the eccentric personalities who shaped the architecture of Washington and trace the stages by which the city developed its distinct identity.

This is just one of many programs at this year’s RG – return to the program page to read more about other confirmed speakers and events!

Across the country, Rebuilding Together affiliates mobilize volunteers to repair the homes of seniors, veterans, and low-income families at no charge. Struck by the scope of health and safety hazards in their clients’ homes, RT turned to the National Center for Healthy Housing for a new set of tools to help identify and fix these hazards. This session will:

This is just one of many programs at this year’s RG – return to the program page to read more about other confirmed speakers and events!

This game of linkages was created many years ago by long-term MWM member Jan Carnell. In brief, contestants try to connect titles of “copyrightable” works via wordplay or some significant connection, sometimes even via egregious puns (and, for this game, the worse the pun, the better the outcome). Rules will be explained before we start playing, and we’ll probably have a practice round to iron out any kinks. You can also read more here.  Come join the fun!